The Finchley Fire station on Long Lane was open to visitors today, and after visiting the Grange, Alison Moore and I decided to go. There were all sorts of emergency services there; St. Johns ambulance, the London Fire Brigade (naturally!) and others. There were demonstrations with dogs in rather fetching shoes, information and lots of displays of emergency service equipment and kits. 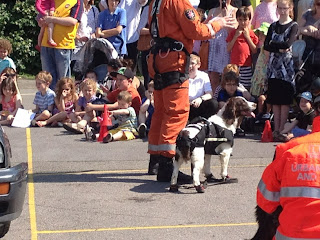 Barry Rawlings was there, as had Andrew Dismore, the Assembly Member for Barnet and Camden. Sadly we missed him, but I am sure anyone with an interest in the Fire Brigade must be delighted he won! 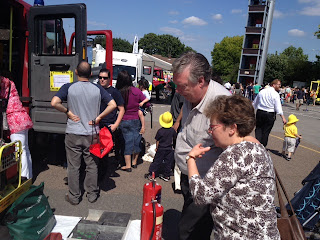 We had a good talk with the Borough Commander. I have had a bit of an issue with fire safety with the tower blocks on Prospect Ring, where I live, and have had some good help from Cllr Julie Johnson on the housing front. Julie is a West Hendon councillor who is our spokesperson or housing. I am trying to arrange for a visit to Prospect Ring for residents can talk to the professionals and allay concerns. More info on that in the future I hope. 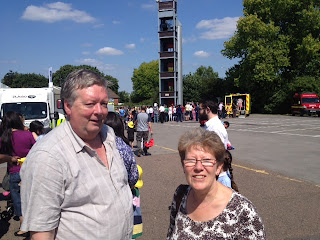 I also visited the Long Lane Pastures, which are opposite the fire station. I can't believe anyone would want to build on it! I am glad the fight was won, and that such a beautiful space has been kept for the public. Despite the Tory image of a leafy borough, there aren't that many green spaces in certain (read Labour) parts. It's why we fight so hard for the Stanley Road Playing Fields, and against the private hire of parks. 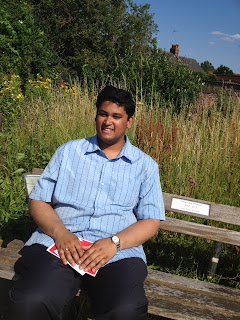 I have never been to the pastures before, and only really knew about them after a resident asked on the campaign trail, and I confessed to not knowing much about it. I am not, by any means green fingered, but gardening is very popular in the Borough, and we are very good at it in East Finchley, so I ought to take more of an interest. Luckily Alison and Colin enjoy it and know what they're talking about.
Posted by Unknown at 21:41