Despite the absence of half it's membership, the Task and finish group on education strategy went well on Monday.

Only the Chair, Cllr Marshall, as well as the Labour members Anne Hutton and Ross Houston as members of the committee came. It was so bad that I (only a substitute) was allowed to sit at the table and take part (but not vote) I don't know where the other Councillors were, but they ought to provide an explanation next time.

Anyways, we looked at what the role of the Council will be going into the future. It has taken many years of fighting to get local accountability and involvement in healthcare, and health scrutiny, though in it's formative years, is established and working well. Education on the other hand is going backwards. Whereas once there was local accountability, Michael Gove has taken it away, and now is the sole overseer of schooling. Madness, given he has less staff than there were 3 years ago to directly oversee 25,000 schools.

Since the Council have almost been arm twisting encouraged local schools  to become academies, we had to have a serious look at what the role of the Council and Councillors will be. And it isn't much.

We can't even force a head to come before a committee. we can only ask nicely. we can't, as the chair put it, invite them to consider thier employment future in Barnet, that can only be asked by the Secretary of State. So much for localism them.

We had concerns about admissions and exclusions policy. It would be madness to lose the Pavillion Pupil Referral Unit, recently rated outstanding by ofsted. The reality is that these new academies are bound by market forces in everything, including the commissioning of exclusion delivery! We were reassured to hear that the PRU could be taken over by a private group! I'm not sure the best way of guaranteeing the future of an outstanding service is to cause uncertainty with future market forces. This is education we are talking about, and we would be failing themost vulnerable if we messed up the PRU.

There was a half an hour session with the Cabinet member, Cllr Harper, who spoke about the commitment the Government has to local involvement in Schools, as outlined by David Laws and Michael Gove. Yes, the two who have done the most to take it away.

We heard the views of three headteachers as well on what they want to see in terms of the relationship between academies and the Council. That was a productive session, and we have a good idea of what the schools want. They, in the main, want to retain a strong relationship with the Council, and believe we have much to offer. They would also take our views seriously, whih was a cause for concern to me.

In short, things are not going to be in armageddon, as I feared, and it is wise for us to look into these things now. We may even have abilities and powers we never knew about.... 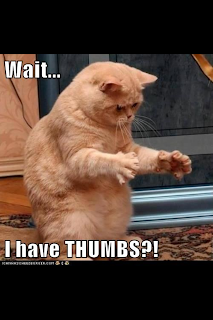