I went to support the third place first conference in Reading today. Part of my visit was to see my old friends from Reading, where I was an organiser until my own election on April 11th. They did spectacularly well, ekeing out a firther 9% swing against the liberal democrats, on top of the 11% they got last year. It was good to see Cllr Rose Williams and my old friend and boss Cllr Matt Rodda, both of Katesgrove ward on Reading Borough Council. It was the first time I have seen Rose since we were both elected, and I can see that she is settling down well in her new ward.

But the bigger aim was to support the Progress think tank. I am hugely annoyed, as a recently joined trade unionist, that Unison and the GMB have launched a needless assault on an organisation which holds such important events as the one I attended today. Apart from the criticisms being baseless, or frankly silly, they take away from the task of fighting those in front of us, the Government. I cant think of any other organisations which are trying to help win seats that we are third in. I can't think of an organisation in the Labour Party which reaches out so well to the voters we have lost.

And we had a good day. It was good to meet so many people from the likes of Rushmoor, Hemel Hempsted and Cornwall, and I hope they picked up some useful tips to have success for the Labour Party. That's what Progress does best. I hope that the unnecessary and time consuming spat rolls over, and that sanity prevails. The Labour Party is a very broad church, and it simply does not do to scapegoat a loyal and decicated section of it. Especially when it has contributed so much in the past to us winning, and is doing so again. You cannot question the loyalty of an organisation that urges people to vote for Ken Livingstone!

Returning to the substance of the event, I did not agree with all that was said or complained about, but much was said by Caroline Flint, Harriet Harman and Ian McNicol that I wholeheartedly welcome. Their assurtances about listening to local parties, not taking members for granted, not abandoning local councillors and parties when we start to win. 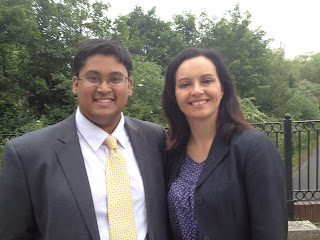